Vertigo is a Valorplate in Godfall. Vertigo grants a bonus to Shock and Air damage. Valorplates are Zodiac-inspired suits that empower the player's character by granting various buffs, passive and special abilities. Valorplates are worn as a whole and it isn't divided into armor pieces or such.

What was once the least popular among the Valorplates, the Armor of Wisdom gained rapid favor once it was popularized by the famous philosopher-knight, Zwei.

♦ Vertigo is an Air-based Valorplate that revolves around Shocking Enemies. 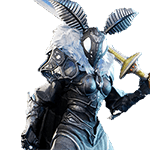 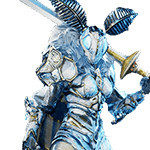 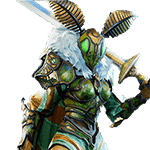 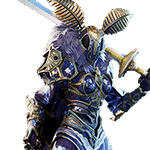 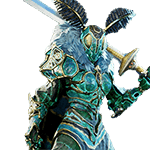 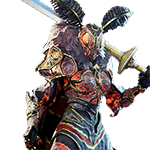 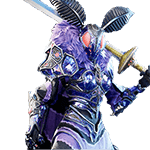