Moebius is a Valorplate in Godfall. Moebius grants a bonus to Void damage and inflicts Curse on Enemies. Valorplates are Zodiac-inspired suits that empower the player's character by granting various buffs, passive and special abilities. Valorplates are worn as a whole and it isn't divided into armor pieces or such.

The Archon of Joy was an important symbol during the Golden Age. She represented, to the broader Valorians, that there was more to life than combat. Her armor is a favorite of those who like to act first.

♦ Moebius is a Valorplate that revolves around inflicting Curse and doing Void damage. 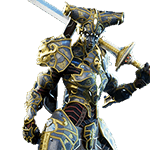 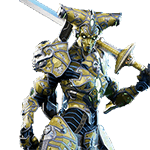 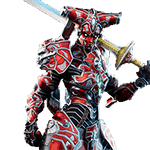 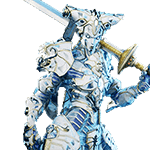 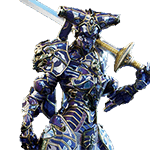 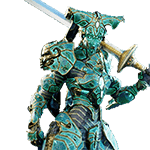 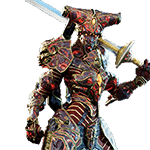 Moebius, Pride of the Monastery