Silvermane is a Valorplate in Godfall. Silvermane improves charge speed to Weapon Technique, Shield and Polarity Attacks. Valorplates are Zodiac-inspired suits that empower the player's character by granting various buffs, passive and special abilities. Valorplates are worn as a whole and it isn't divided into armor pieces or such.

Made in the likeness of the Archon of Courage, Silvermane is worn by lords and kings. Perhaps of all the Valorplates, it best symbolized the Valorian ethos.

♦ Silvermane is a Valorplate that focuses on speed charge.

The addition of skins for Valorplates was added in the Lightbringer Update DLC. Players will need to meet certain requirements in order to unlock the following skins. 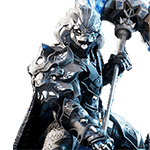 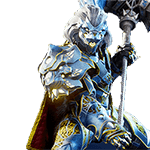 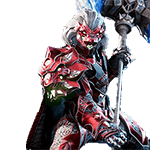 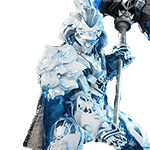 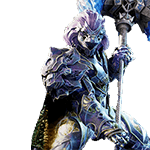 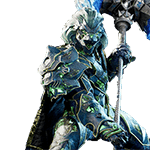 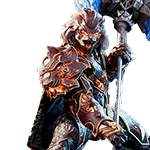 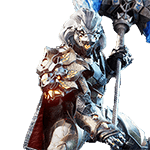 Silvermane, Heart of the Dragon