Hinterclaw is a Valorplate in Godfall. Hinterclaw grants a bonus to Critical Hit damage. Valorplates are Zodiac-inspired suits that empower the player's character by granting various buffs, passive and special abilities. Valorplates are worn as a whole and it isn't divided into armor pieces or such.

Originally a lesser worn Valorplate, the Armor of Cunning quickly symbolized ambition and power once it became the favored choice of Macros. To this day, Hinterclaw strikes fear in all its enemies.

♦ Hinterclaw is a Valorplate that revolves around improving critical hit chance. 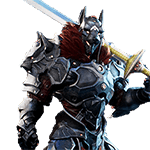 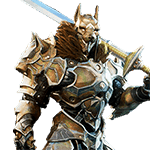 Hinterclaw, Lord of the Wilderness 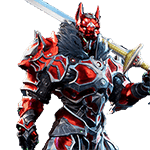 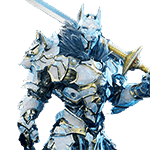 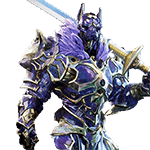 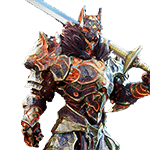 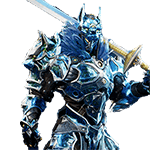