Typhon is a Valorplate in Godfall. Typhon grants an improved chance to chill Enemies and deals Water damage. Valorplates are Zodiac-inspired suits that empower the player's character by granting various buffs, passive and special abilities. Valorplates are worn as a whole and it isn't divided into armor pieces or such.

The ancient god-beasts would frequently ravage Aperion. The Armor of Chaos was primarily worn by those Valorians who intended to bring these abominations down.

♦ Typhon is a Valorplate that grants an improved chance to chill Enemies and deals Water damage. 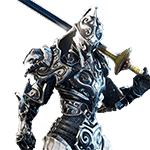 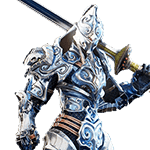 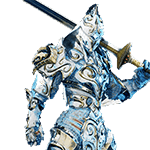 Typhon, Trap of the Tundra 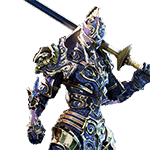 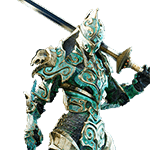 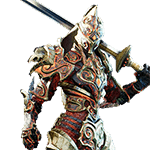